Taking charge of oral health is the need of the hour especially during covid times. Unfortunately, oral hygiene has always been the last priority for people when it comes to overall health. All people know about dental hygiene is only to brush their teeth. But what about gums? Researches and studies show approximately 70% of patients have periodontal problems like bleeding gums are because of wrong brushing techniques that leave behind white plaque and tartar deposits causing gum irritation.

White soft deposits called plaque and yellow hard deposits on the teeth called tartar are the main culprits. Plaque and tartar deposits in and around the teeth irritate the delicate tissues surrounding the tooth (gums). This is the main reason for puffy and bleeding gums.

Other causes of bleeding gums are hormonal changes in females, faulty food habits, smoking, and constant use of toothpicks, vitamin deficiencies, and uncontrolled blood sugar levels (diabetes). Learning the right brushing technique is the basics of dental hygiene and a must to avoid problems like bleeding gums. In addition to this, visit your dentist every 6 months and eat raw leafy greens and fresh fruits, to keep your gums strong and healthy and gum infections like gingivitis and periodontitis away.

Where are you going wrong?

Majority of people follow a wrong brushing technique that is using a  wrong brush, brushing aggressively (too roughly) or even too softly leading to bacteria residing on the teeth, not brushing on the sides, brushing for too long, or even too short period and failing to brush on the inner surfaces of the teeth. Staining of the teeth,  cavity, plaque, tartar buildup, receded gums are the problems that begin owing to improper brushing and not following the right technique. It’s not only improper brushing techniques that can lead to gum problems, but there are other factors too.

Dr. Prachee Hendre, Periodontist & Implantologist (Gum Specialist) signifies,  “Almost 70% of the patients visiting the dental care clinic have bleeding gums,  due to inefficient brushing habits.” In her experience oral problems such as bleeding gums, periodontitis (infection of gums spreading to the bone), are commonly seen and the numbers are increasing at an alarming rate.

Food habits also contribute to bleeding gums. Yes, the type of food we eat makes our teeth and gums strong. Soft consistency foods, mainly carbohydrates present in sticky foods like bread & chips, stick to and between the tooth and easily attract the bad bacteria. These carbohydrates attack the tooth and are tough to clean (teeth that are behind) causing bacterial accumulation and gum irritation.

Eat a healthy fibrous diet loaded with fresh fruits and veggies like carrots, spinach, etc. For initiating self-cleansing mechanism for your teeth and improving the condition of your gums. Including vitamin C in your diet can do wonders for your gums make them strong and improve their healing.

Who is more prone to bleeding gums?

Women in their late 30s and early 40s are more sensitive and attract more plaque and bacteria around their gums when the hormonal levels are high. For example, in conditions like pregnancy and menstruation, hence their gums can bleed easily.

People with maligned teeth (crooked teeth) also experience bleeding from their gums and are more prone to gum diseases and infections. This is because overlapping and crowded teeth are difficult to clean. These areas are often not cleaned properly and some amount of plaque and tartar deposits are left behind, even if you think you might be brushing properly using the right technique.

How can you prevent bleeding gums?

Brush your teeth right, to keep your gums healthy and tight. 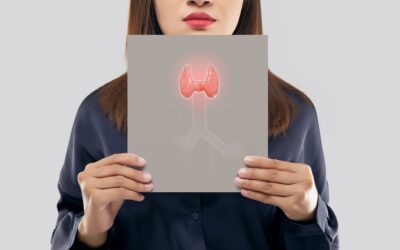 How are thyroid levels affecting your oral health

Thyroid hormone has a major impact on many areas of the body including the oral cavity. It is one of the key factors... Can early tooth loss cause Dementia?

Dementia is a major contributor to disability and dependence in older people. It is a disease with multiple causative... Bamboo toothbrush for a Greener world

With a variety of toothbrushes coming in town, one starts thinking as to which toothbrush to purchase for effective...

Dr. Prachee - Partner DentistDr. Prachee Hendre, MDS, has completed her post-graduation in Periodontology from Sinhgad Dental College and Hospital, Pune in August 2017. She is an award winner at National level for her paper and poster presentations. She has scientific publications in her name at International level and is also a consultant of periodontal treatments and habit cessation counseling. She is also been nominated at a National level award for her management of various challenging cases in Evidence-Based Periodontics, and won for the same at AFMC, Pune in December 2015. She is an enthusiast looking forward to achieve details in her evidence based practice for providing standardized solutions for the dental issues.
Open chat
Get Free & Instant Dental Checkup!!