World Antibiotic Awareness Week – All you need to know 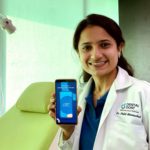 “Antibiotics are to be handled with care” – World Health Organization

Antibiotics are also called life-saving drugs. They are commonly used in the management of various illnesses caused due to bacteria. Thus they are prescribed by almost all medical professionals. In dentistry too, many antibiotics are prescribed for prophylactic and therapeutic uses. But overuse and misuse of antibiotics can reduce the drug effectivity. This is because bacteria develop the ability to defeat the drugs which are designed to kill them. When bacteria become resistant, antibiotics are not able to fight them, and the bacteria multiply. This term is known as Antibiotic Resistance.

People are unaware that antibiotics cannot treat viral infections like cold and flu. Also, Antibiotic resistance can affect at any age and in any country. Antibiotic-resistant bacteria are difficult and expensive to kill. If not treated, they multiply rapidly and can worsen the disease and even cause death.

“Change can’t wait. Our time with antibiotics is running out.”– World Health Organization.

According to projections of the United Nations, antibiotic resistance, if not tackled, could result in 10 million deaths worldwide by 2050. In India, about 50% of antibiotic prescriptions are inappropriate and 64% of antibiotics sold are unapproved.

The WAAW advice the world to reduce antibiotic resistance by following these key measures for antibiotic awareness. Dentistry has evolved itself by manifold times over decades. From old times where teeth were carved out of ivory and... Why do athletes needs to worry about their oral health?

Athletes or people working out in the gyms are all worried about losing their muscle mass and building a good body to... We celebrate National Sports Day in India on the 29th of August. This day marks the birthdate of hockey player Major...

Dr. Vidhi BhanushaliDr. Vidhi Bhanushali is the Co-Founder and Chief Dental Surgeon at DentalDost. A recipient of the Pierre Fauchard International Merit Award, she is a holistic dentist who believes that everyone should have access to oral healthcare, irrespective of class and geography. She strongly believes that tele-dentistry is the way to achieve that. Dr. Vidhi has also spoken at various dental colleges, addressing the dental fraternity about dental services and innovations. She is a keen researcher and has published various papers on recent advances in dentistry.
Open chat
Get Free & Instant Dental Checkup!!