Can early tooth loss cause Dementia? 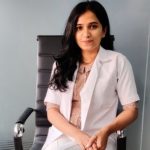 Dementia is a major contributor to disability and dependence in older people. It is a disease with multiple causative factors and can manifest in many different ways. The symptoms make it difficult for those suffering to cope without the support of those close to them. Studies show missing teeth can increase the risk of Dementia and Alzheimer’s disease in elderly patients.

Dental Caries (tooth cavities) is one of the most common reasons behind tooth loss at an early age. Periodontal diseases (gum diseases) are the most common reason for tooth loss during the Middle Ages and elderly age. Studies show people with missing teeth are unable to chew their food properly, leading to improper digestion and overall poor nutrition. Over a period of time, the brain is slowly devoid of nutrition causing the brain cells to die leading to dementia.

According to the Centre for Disease Control and Prevention, about one in six adults aged 65 years and above have lost all their teeth. Approximately 5 million adults in the United States aged 65 years and above have been diagnosed with cognitive impairment. With the loss of each consecutive tooth, the efficiency of the digestive system takes a hit. This compromises the overall nutrition.

Missing teeth can lead to difficulty in chewing, which can be attributed to nutritional deficiencies. Nutritional deficiency is the leading cause of the link between tooth loss and dementia, Alzheimer’s. There have also been studies, striking a connection between gum disease leading to tooth loss associated with cognitive decline. Tooth loss is also considered as an indicator of socio-economic disadvantages which has been linked to cognitive decline.

Studies and researches are still being carried out to know if the number of missing teeth increases the risk of dementia even more or the risk remains the same.

Bei Wu, PhD, Dean’s Professor in Global Health at NYU Rory Meyers College of Nursing and co-director of the NYU Aging Incubator said that “Given the staggering number of people diagnosed with Alzheimer’s disease and dementia each year, and the opportunity to improve oral health across the lifespan, it’s important to gain a deeper understanding of the connection between poor oral health and cognitive decline”.

From this study, it was concluded that adults with tooth loss had a 1.48 times higher risk of developing cognitive impairment and 1.28 times more likely of being diagnosed with dementia. It was also proved that adults who had undergone prosthetic rehabilitation were less likely to be diagnosed with dementia or cognitive impairment. No matter how perfect or ideal, prosthetic rehabilitation will not result in a hundred percent regain in chewing ability and is subject to patient adaptability and overall health.

It has also been noted that in cases of mentally retarded (MR) or differently-abled patient’s oral hygiene tends to be neglected, hence they tend to be more prone to tooth decay and gum disease. This results in a decrease in chewing ability which further hinders their nutrition and results in a further decline in cognitive function and overall health.

It’s also been proven that bad oral health resulting in gingivitis has been linked to poor control of blood sugar levels as it produces inflammatory changes. This, in turn, leads to further decline in general as well as oral health. In one study, it was demonstrated that patients with dementia had a history of gum disease which led to tooth loss.

It has been estimated that approximately 50% of tooth removal cases pertaining to adults above 40 years patients are due to gum disease.  It has been clearly demonstrated that gum diseases have been associated to systemic inflammatory diseases.

What do studies conclude?

Dementia and cognitive impairment are growing health problems worldwide. Even though we live in an era of astounding technological and medical advances, very few treatment options are available for dementia. The disease itself is proven to be multifactorial origin. To consider a person healthy, he/she should be fit mentally while having good overall health. But people forget rather neglect the fact that though teeth being a very small part of the system play a pivotal role in maintaining the balance of all physiologic processes.

The loss of the anchor keeping the system in check leads to a variety of problems including dementia. Although replacing the lost teeth is a viable option, it does not allow for one hundred percent regain in normal function. The loss of this anchor leads to nutritional deficiencies which further compromises the overall health. Thus, to lead a normal life without such complications, it is necessary to ensure that the person’s physical, mental and dental health remains sound and without complications.

What can you do?

Early detection and replacing the missing teeth with the options best suited for you can help reduce the risk of suffering from dementia in later stages of life. Missing teeth can be replaced with either dentures, bridges or implants which depends on whether you want to go for removable or fixed replacement options. But replacing your missing teeth at the earliest, in any way is better than waiting for further consequences.

Of course, there are other factors that increase the risk of dementia too. Proper management of risk factors such as hypertension, diabetes, smoking is very important to prevent cognitive impairment. Dental health has a huge impact on these and is, unfortunately, the most neglected of all.

Again the bottom line would be taking care of your oral hygiene and preventing tooth cavities which is the main reason why dental problems happen.

For more information on Can early tooth loss cause Dementia? How are antibiotics helping your tooth pain?

The advancements brought in antibiotics by scientist has been a great asset to the medical world as they have treated... Do kids need a mouthwash too?

Prevention of dental caries is the main focus of a child’s oral health. Dental health forms an integral part of... Dr Amrita JainDr. Amrita Jain is a practicing dental surgeon since 4 years. She completed her B.D.S in 2016 and was has been a rank holder throughout her course. She suggests “Holistic dentistry is the best dentistry”. Her treatment line follows a conservative pattern which means saving a tooth is of utmost priority and preventing your teeth from getting decayed rather than curing it with a root canal treatment. She inculcates the same while consulting her patients. Apart from her interest in clinical practice, she has developed interest in research and writing over a period of time. She states “It is my clinical experience that motivates me to write and spread dental awareness”. Her articles are well researched with a combination of technical knowledge and clinical experience.
Open chat
Get Free & Instant Dental Checkup!!