Wait, are my gums bleeding? 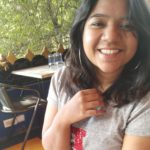 Everyone has had the experience of tasting blood in their mouth. No, this isn’t a post for vampires. It’s for all of you who have ever rinsed your mouth after brushing your teeth and been horrified at flecks of blood in the bowl. Sound familiar? Bleeding gums are common. Here are some reasons why that happens – and what you can do about it.

This is the primary cause of bleeding gums. It all starts with plaque. Plaque accumulation on the surface of teeth irritates your gums and causes bleeding. The intensity of bleeding depends on how intense the inflammation in your gums is. Less intense cases are usually those of gingivitis, where there isn’t much tissue destruction. Intense cases like those in which bone loss is involved are more dangerous. Both require immediate treatment by cleaning and proper oral hygiene.

You might be using your toothbrush wrong if you find your gums bleed after you brush your teeth. Hard bristles can cause injury to your gums. Try not to put too much pressure on your teeth while brushing as this can be traumatic to your teeth and gums. Treat your teeth like you would any other part of your body, gently and with care. You’ll be rewarded with the strongest teeth!

Flossing can also cause bleeding gums sometimes. If regular flossing makes your gums bleed, you may have gum disease. However, this can also be due to incorrect flossing technique. Make sure you floss carefully and be gentle with your gums.

Sharp food or objects in the mouth

Trapped popcorn kernels irritate not only you but also your gums. Sharp food can cause injury to and lead to bleeding gums. These injuries can make the gums inflamed and infected. Sharp irritating dentures or any crowns(tooth caps) sharp edges of a broken tooth, sharp edges of the crowns can also cause your gums to get irritated over a period of time and eventually start bleeding.

Some people also have the habit of sucking on their writing utensils or other hard objects that may cause injury to the gums. Try to avoid inflicting these injuries to your gums or tongue. If food is repeatedly getting stuck in an area of your teeth, go see your dentist to check for gum disease or increased spacing between your teeth. And don’t go around sucking on nails!

Blood disorders, heart disease, or diabetes all make you more prone to developing gum disease and bleeding gums. Certain medications can also do this.
Make sure you know about all the side effects of your medication or pre-existing condition. Always inform your doctor about any diseases you may have!

People experiencing hormonal surges like in menopause or puberty are more prone to bleeding gums. This is also true during pregnancy. Oestrogen and progesterone can increase the blood flow to your gums.
Always make sure to keep your mouth completely clean to avoid bleeding gums in these conditions.

Smoking or consuming tobacco in any form is very harmful to your mouth. Tobacco pieces or stains in your mouth lead to gum disease and bleeding gums very easily.
Consumption of ‘paan’ or slaked lime can cause burns on the inside of your mouth, making your gums prone to inflammation and bleeding.

If you are experiencing bleeding gums

Remember that there’s no need to panic if you find your gums bleeding. All you have to do is give your gums and teeth a little more attention and love!

For more information on Wait, are my gums bleeding? Habits you should stop to protect your jaw joint

Joints are that part of the body where two bones meet! Without joints, any body movement would be impossible. Joints... “If you want to work in corporate, then you should know how to play chess!”    - Honeya Whether one likes it or not,...